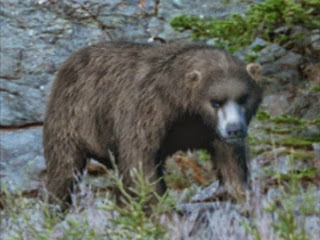 The Cave bear (commonly mistaken as the Short-faced Bear) was a species of bear that was about as big as the modern brown bear and polar bear. The males were much larger then females (880–1102 pounds), in fact many female Cave Bear skeletons were mislabeled as being dwarfs due to being so much smaller then the males (496–551 pounds). The Cave Bear was mostly a vegetarian and may have had some meat every once and awhile, or some individuals may have gone their entire lives without eating meat. This is known because of the wear on the Cave Bear's teeth, the Cave Bear's teeth are found worn down more then what is found in today's bears supporting the fact. The premolars of the Cave Bear are greatly reduced, to the point where the Cave Bear has only one and not 2 or 3 found in most other bear species. Most likely in response to a largely herbivorous diet. To cope with the extra stress on the premolar it has got longer, some Cave bears lack the molar all together. 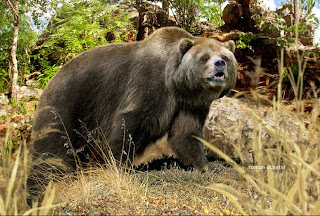 The cause of extinction is highly debated. Though it is thought that modern humans and Neanderthals (nee-and-er-falls) helped cause their extinction by living in the caves that the bears needed during hibernation. As human populations increased and moved into more caves, the bears found it harder and harder to find available caves to hibernate in, and eventually faded into extinction. The Cave bears closest living relative is the brown bear. 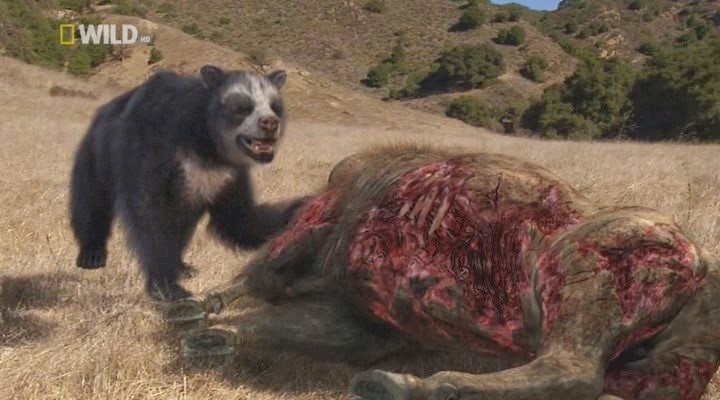 The Short-faced Bear Arctodus simus (commonly mistaken as the Cave Bear) was one of the biggest bears that has ever lived, though rarely exceed the height of a male polar bear. The Short-faced Bear also had long, slender legs compared to modern bears and was possibly more of a runner then today's bears (estimated top speed is about 30-40 mph).

The Lesser Short-faced Bear Arctodus pristinus was about the size of a black bear, and was more primitive (possibly the ancestor to simus). The lesser short-faced bear lived near the Atlantic coast, and Mexico about 800,000 to 10,000 years ago, and had a longer face, narrower teeth, and a smaller stature compared to simus. This may be because pristinus was more omnivorous then its cousins. It is theorized that pristinus died out because of competition with simus, brown, and black bears. 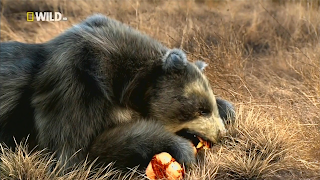 The Short-faced Bear's diet is thought to have been mostly carnivorous and some specimens may have gone their entire lives without eating any plants once or ever. Though hunting style is largely debatable, due to having a lighter build then its modern counter parts scientists think that the Short-faced Bear might have occasionally ran down its prey but it is thought that the Short-faced Bear mostly stole kills from other predators like dire wolves and saber-toothed cats.
The newly found South American Giant Short-faced Bear Arctotherium angustidens (discovered in 2011) was the biggest Short-faced bear ever found and was slightly taller and heavier then the polar bear (the biggest polar bear on record was 2,200 lbs but the South American Giant Short-faced bear averaged 3,500 lbs), the upper arm bone of this animal is almost as big as an elephant's. This giant measured about 11 feet tall when standing on its hind legs. 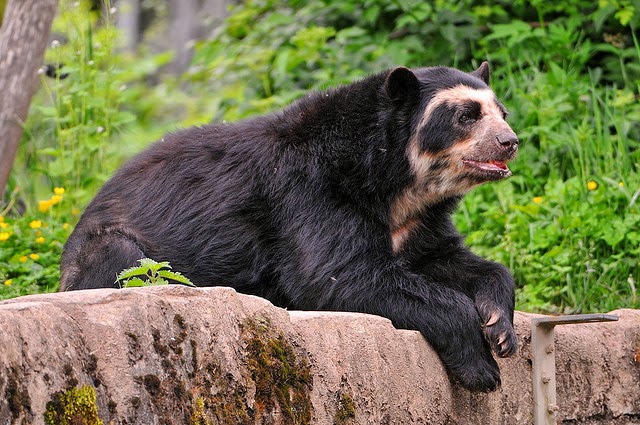 The Short-faced Bear's closest living relative is the Spectacled bear who is the last survivor of the Short-faced Bear family (though much smaller then their extinct cousins), as well as being the only living bear in South America.